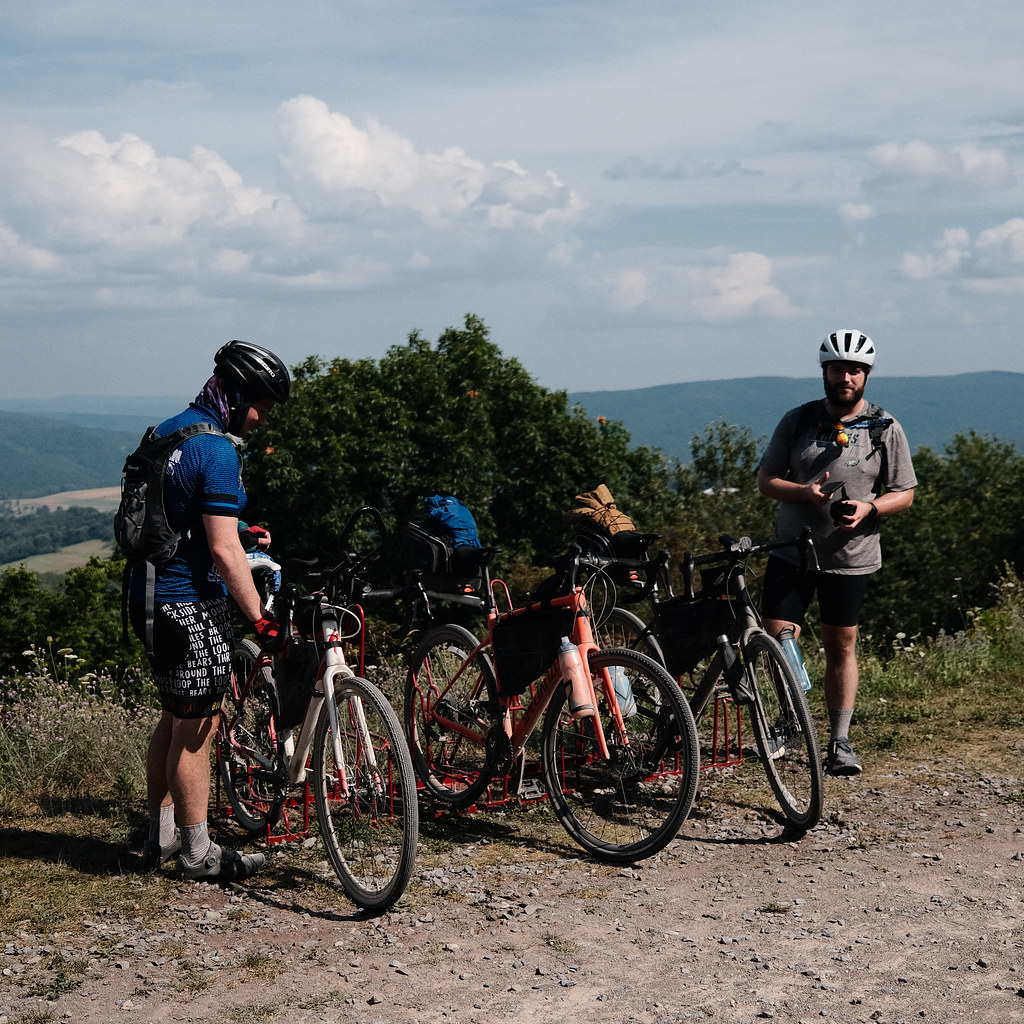 Bikepacking started to pique my interest during quarantine. It appeared to be a social-distant way of getting outside on the cheap -- not accounting for bike gear of course. I watched endless videos on the topic that developed within me an intense feeling of wanderlust. Not wanting to let the moment pass, my friend -- Connor -- and I started to plan a potential trip. We watched REI's mini-series on the Greater Allegheny Pasage, called Trailheads, and decided that was going to be our first trip. I asked my boyfriend Jon to join us and a couple of months later we hit the trail.

We started out in Cumberland, MD. There we parked at Helmstetter's Curve, from which we had to bike five miles into town to get to the official zero-mark. We briefly visited the bike shop before setting off on our first full day of riding. The trail was incredibly well-maintained, but the ride still took a little over three hours to cover roughly 32 miles. The first 23 or so miles were all uphill with a slope anywhere between 1-3%. No crazy steep hills, but relentess either way. If you take a look at the GPS map below, you can see where our speed begins to increase. That's the point at which we finally reached the top.

At the top of the hill was a beautiful view of the Pennsylvania countryside, which ultimately ended up being one of the nicest overlooks of the trail. The remainder of the trail that day -- and for all subsequent days -- was downhill, which felt great and allowed us to recover from the climb. We made it to Meyersdale feeling exhausted and spent most of the evening eating food, ice cream, and drinking lots of water. Meyersdale, despite being fairly quiet, was a nice town. It had a conveniently located Sheetz, there was a band playing in the town center, and overall it had a friendly atmosphere.

Jon at the overlook.

We stayed at a lovely AirBnB in town, which is what I would personally recommend doing. Overall, if you're considering doing the GAP, starting in Cumberland would be my recommendation. Getting your only real elavation day out of the way, was a great morale booster. It also allowed us to enjoy the remainder of the trip at a much more relaxed pace. If you're interested, here's the full ride: